Ski areas worldwide are inimitable indicators of the realities of climate change. Every seasonal meteorological quirk affects both operations and visitation, so ski hills are becoming intimately aware of patterns of change in snowfall, weather and seasonal shifts. Because of this, resorts all over North America are increasingly espousing environmental initiatives to limit their ski-boot print.

Why not consider one of these environmentally-friendly resorts for your next ski trip?

Aspen employee donations to an Environment Foundation are matched by Aspen Community Foundation and Aspen Skiing Company Family Fund, with additional support from Lavazza Coffee. With more than 50 percent of employees contributing annually, the foundation has donated over $3 million to 500 projects over 20 years, to causes like clean energy legislation, trail maintenance, open space preservation and energy efficiency, protecting the Roaring Fork Valley.

Proud of its partnership with Protect Our Winters, Aspen has added the POW logo to every company uniform. Another progressive project is the recent partnership with a nearby coal mine to capture methane waste and turn it into carbon negative electricity. Aspen businesses also have to go through the ZGreen Program when setting up events.

“There are so many free resources available to event planners through this program such as compost and recycle bins, staff training, and Sunny, the solar generator,” says Chelsea Dillon from Gold Leaf Event Design & Production. 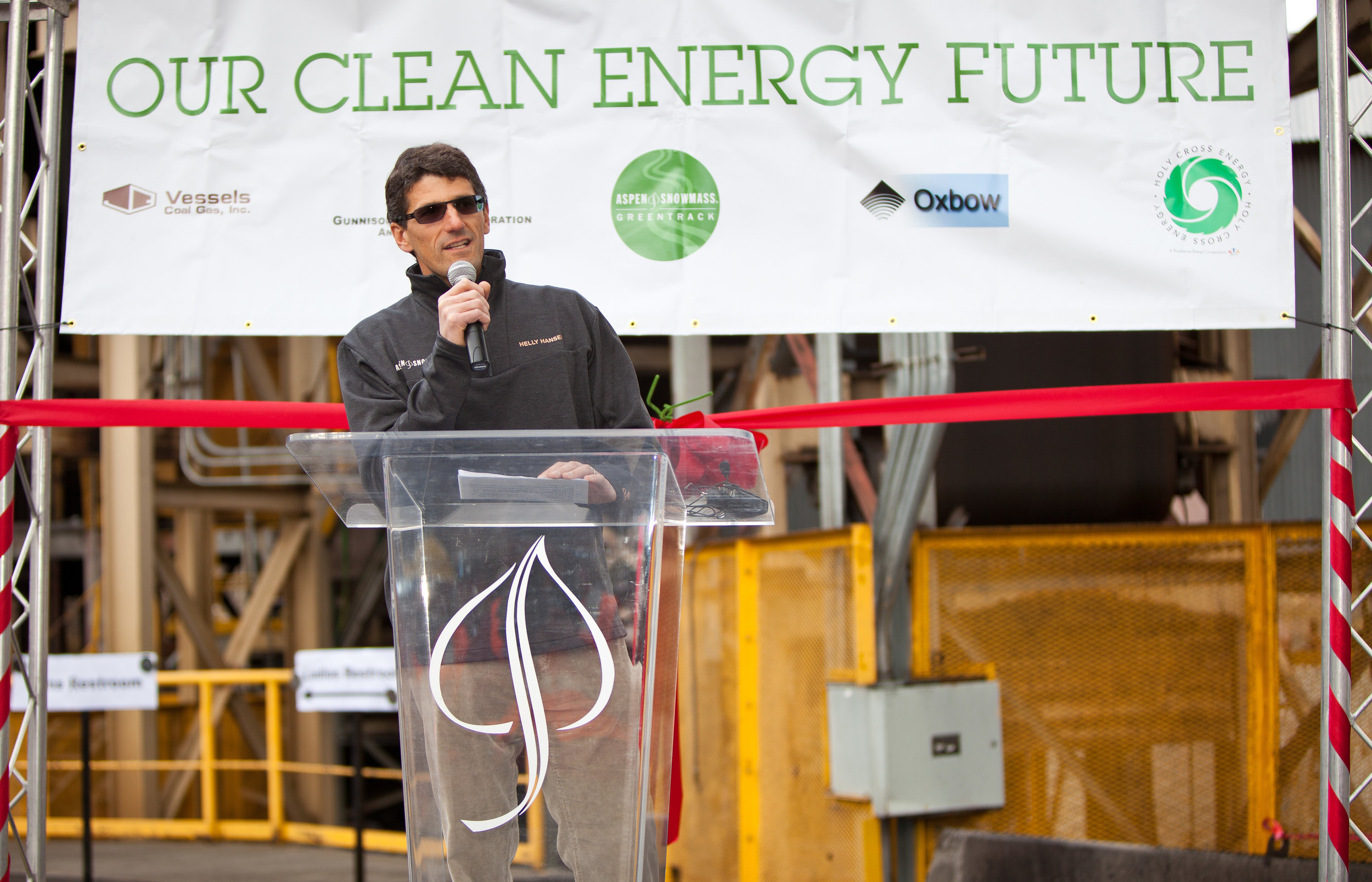 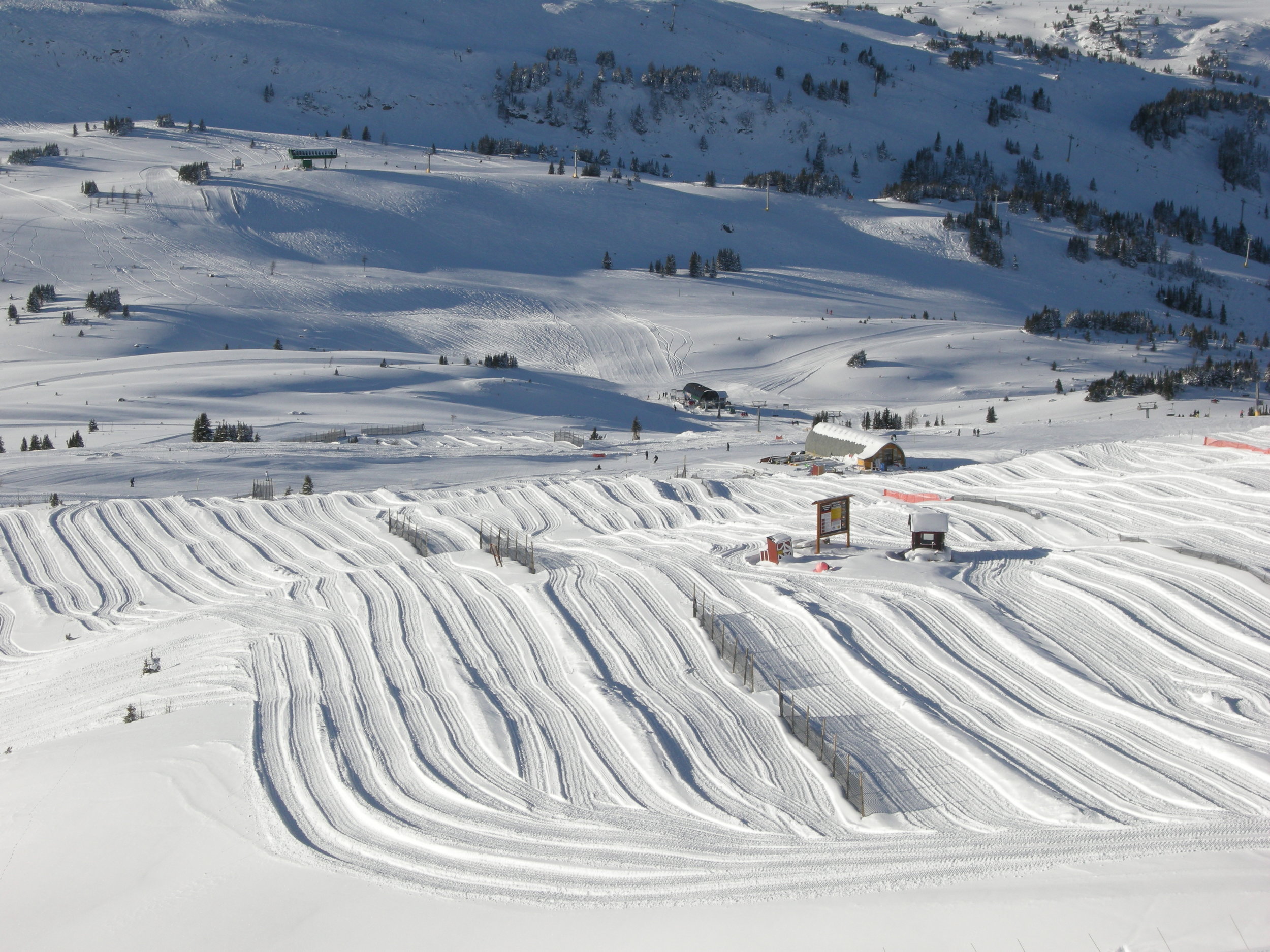 Its one percent guest donation strategy raised $788,019 in 2016 for projects managed in partnership with local organizations. Additionally, they have deployed more than 9,800 volunteers, during 87,000 volunteer hours, to support 58 projects protecting local forests and wildlife.

Watershed management is a priority for environmentally-concerned communities, especially where snowmaking is used to supplement natural precipitation — often erratic in the face of a changing climate.

“Every year, more than 80 percent of water used in snowmaking returns to the watershed,” says Rob Whittier, Vail Resorts’ Director of Sustainability and Environmental Affairs. “We’ve established resort-level Water Management Plans to protect our local streams and rivers from any irregularities from our operations.”

Recycling, composting and re-use projects enable over 40 percent of Vail Resorts’ waste stream to be diverted, with plans for a potential zero waste goal in the future. One aspect of this is providing refillable glass water bottles as well as refillable BeeKind toiletries in hotels. In public washrooms hand dryers have replaced paper towels.

“As a company, we set a goal in 2008 to improve our energy efficiency by 10 percent and when we hit that, we launched the Next 10,” says Whittier. This current program aims to reduce it by another 10 percent before 2020. “We’re already at 9.4%—way ahead of schedule and we’re excited about our next target and continuing to lead the industry,” he adds. 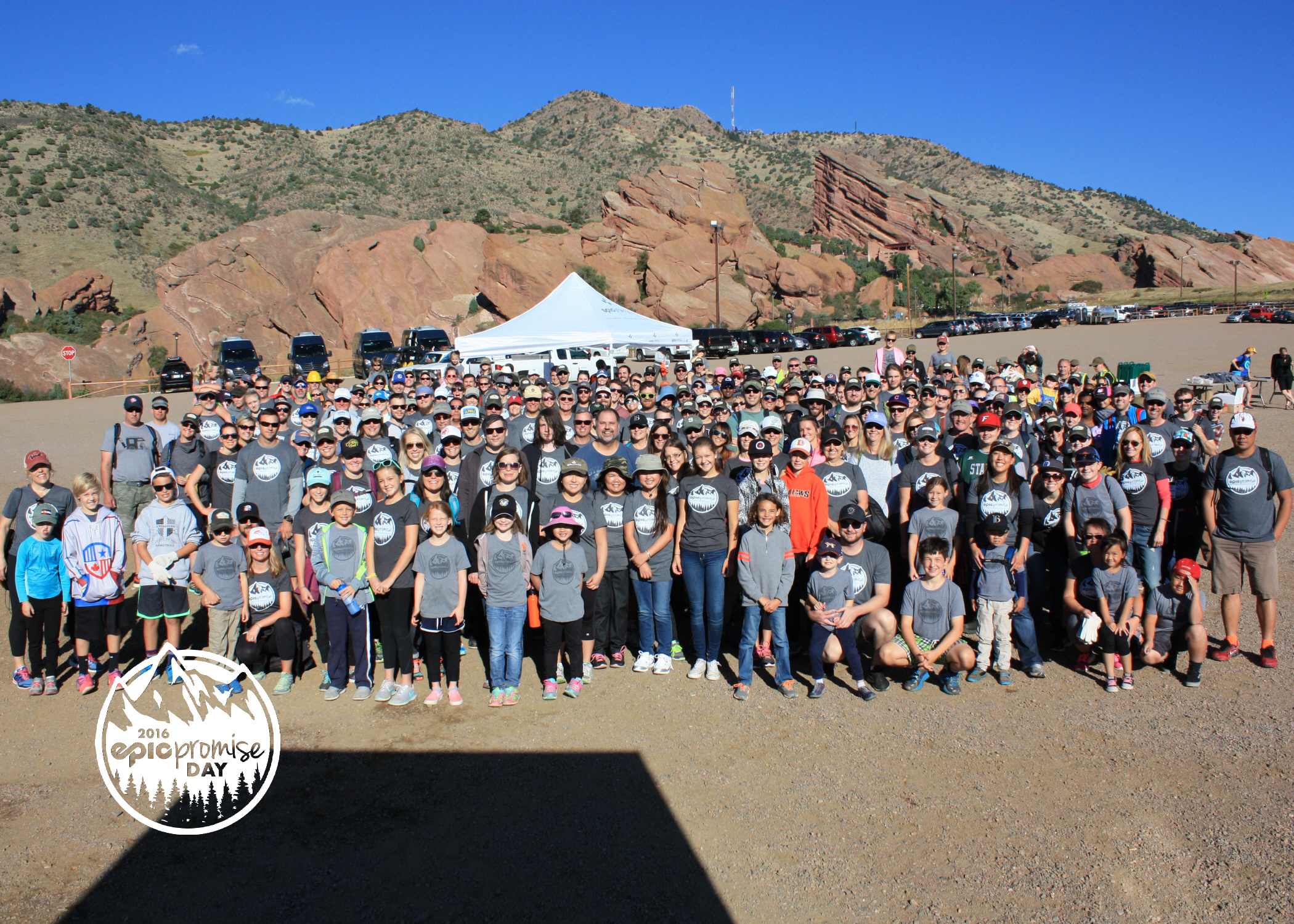 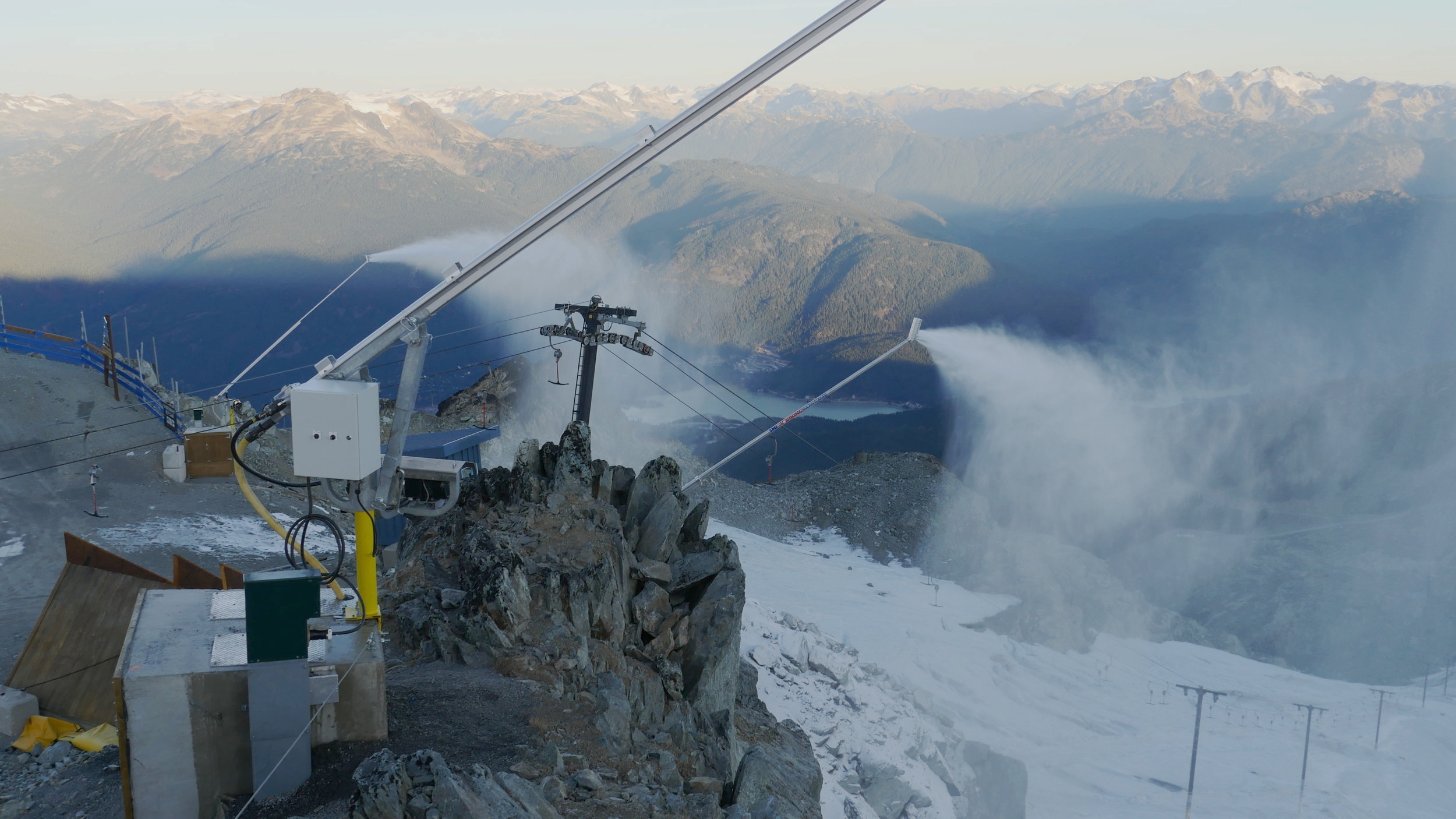 Whistler Blackcomb has long been an award-winning leader in environmental stewardship.

Since 1998, its sustainability programs have won 34 awards and its Environmental Fund has sponsored 79 local projects. An employee carpooling program has reduced its emissions by 200 tons per year. It has saved 18 percent of fuel per hour by purchasing new snow grooming fleets, and 4.5 million kilowatt hours of power is saved annually through the Power Smart partnership with BC Hydro. Around the British Columbia resort 11,000 light bulbs have also been changed to energy-efficient models.

Arthur DeJong, from Whistler Blackcomb’s Environment Team, aims for as close to a zero footprint as possible.

“The business imperative is we become more cost efficient by operating with fewer inputs and outputs of fuel, hydroelectricity, and waste,” he explains. “A direct benefit to the bottom-line.” But there was also a moral imperative, he adds: “Our general economy and society critically need examples of economic models that demonstrate sustainable growth especially targeted on the reduction of fossil fuels thereby addressing climate change.”

The Fitzsimmons Creek Renewable Energy Project is returning enough electricity back to the grid to compensate for what Whistler Blackcomb consumes during winter and summer via its 37 lifts, 315 snowguns and 18 restaurants. Through reduction, reuse and recycling, particularly in food and beverage, levels of waste have reduced 60 percent since 1998. And building retrofits have saved more than 860 tons of emissions.

Striving for harmony between mankind and nature, Sunshine Village in Alberta, Canada does not rely on snowmaking to perfect its slopes. Instead it uses ingenious snow harvesting via a series of fences — strategically repositioned in tune with wind direction and needs — which catch windblown flakes from the 30-ft. annual snowfall. The natural snow is then manually distributed around the trails, using manpower rather than water and electricity. The Banff National Park resort only uses two snow cannons at the beginning of the season to groom the ski out and learning area.

Even ski slope sculpting can be more environmentally-friendly.

Linas Vaitkus, an Olympian who teaches skiing in Steamboat, says there’s a new trend in constructing slopes in tune with the natural topography with less bulldozing and resultant reduction in soil erosion.

“These are more suited to intermediate and expert skiers due to the twists and turns,” says Vaitkus. “They are definitely more interesting with a more natural shape following the contours of the mountain.”

In addition to meeting environmental standards, this slope construction method better suits the capacity of contemporary skis, which are built for more varied terrain.

After 45 ski seasons and 11 years of ski journalism, Louise Hudson is an expert on all aspects of the ski and snowboard industry. She writes a non-profit ski blog, One, Two, Ski!, and is the co-author of Winter Sport Tourism.

Discover the sacred reservation of the Havasupai people and learn how to see Havasu Falls and stay in Havasu Canyon.

Treesorts: 6 Eco-friendly Treehouse Resorts For Relaxing Above It All

Escape the grind in a treesort. Which of these treehouse resorts is your favorite?

Skip Cancun for a trip in Bacalar with zero-impact beach activities… and relaxation.

Cause-Related Marketing On The Ski Slopes

Campaigns for good causes help ski businesses and the community.

Bookmark these sustainable coffee shops for your trip to The Big Apple.